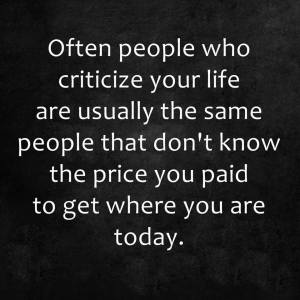 There are very few issue that get my nostrils to flare, my blood pressure to skyrocket…or my temper to explode. The one that can cause all three of those things to happen simultaneously is to have someone….anyone…..tell me what I can and cannot do with my body.

Soon after I found myself separated from my first husband, I made the decision that I did not want to bear more children. I was 24, had been pregnant three times in 3 1/2 years, had two beautiful children…a son and a daughter….and had a miscarriage at almost 6 months. My two children were healthy, I couldn’t get anything different having one of each gender…and I was now a single Mum. Regardless of what the future held for me I did not want to have more children. The ‘pill’ was not an option for me as it brought on debilitating migraines and regardless of the strength, I found I could not take it.

I went to my family doctor, a gruff “old” (to me) guy and told him that I wanted to have my fallopian tubes cut; at the time a more permanent procedure than tying. We discussed it all at length, and he agreed saying he felt I was making an informed decision, knew the consequences and would refer me to a surgeon.

A few months later, I had a call that I was booked for the surgery….a not so simple procedure as you had to undergo a general anesthetic and spend three days in hospital. I booked the time off work, arranged for child care, and checked myself into the hospital the day before as instructed.

There, I was shaved from throat to knees, prepped, prodded, blood drawn, IV inserted and I waited. There was no doubt whatsoever in my mind that for me, this was the right choice. 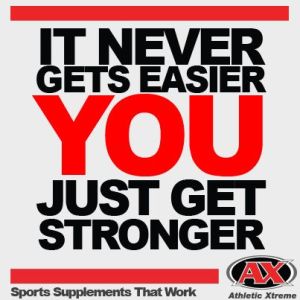 The next morning, a nurse came in to check my vitals and ready me for the surgery scheduled right after lunch, she said something about a D&C. I sat up with my heart in my throat. “Excuse me. A D&C? Me?” I asked incredulous. There had to be some mistake.

A D&C is Dilation and curettage (D&C) is a brief surgical procedure in which the cervix is dilated and a special instrument is used to scrape the uterine lining. I had undergone a D&C after my miscarriage, a common practice.

No, it was right there on my chart! My stomach knotted, and my heart beat took off at full gallop. After telling her I was in for a tubal ligation, she said she had better get the surgeon. NO SHIT SHERLOCK!!!!

Of course the surgeon was in the operating room, so I had to wait for my scheduled time before he came into my room. My surgery was cancelled. “A tubal?” he asked. Yes. A tubal.

Well, he said, we don’t seem to have the consent form on file. Huh? Yes, I had signed all the forms. No, no, he said. The consent form from your husband.

My HUSBAND?! We are legally separated, I don’t need his consent. Oh, yes, I’m afraid you do. WHAT???? I have a legal document saying that we are separated…my life, my decisions, as they relate to ME are my own.

Ummmm, no actually, they aren’t. You may be legally separated, but you aren’t divorced, so legally, he is still your husband and we need his consent to preform this procedure. But he had a vasectomy when we were married and while I agreed, I didn’t have to sign any consent forms. Even if we get back together…which is highly unlikely, we can’t have more children.

Irrelevant. You still need your husband’s consent. HE IS NOT MY HUSBAND!

The IV was removed, my clothes and belongings were brought to me and I was passed a manilla envelop with consent forms and a medical explanation of what a tubal ligation entailed. Have your husband sign these Mrs Burbidge and we can schedule the procedure at that time.

Fuck you. That’s what I wanted to say, but I didn’t. Today? I would.

I left, collected my children, went home and that night called my former husband. He thought the whole thing funny. I did not. But I wanted those papers signed so I laughed with him when he said “Imagine if that nurse hadn’t said D&C! You’d have been pregnant and not known how it could have happened after having what you thought was a tubal!” Har, har! Very frigging funny, Mr. I Can Do What I Damned Well Want With My Body.

I mailed him the papers, he signed them and mailed them back. I was in Nova Scotia, he in Newfoundland. Two weeks it took to get them there and back. I dropped them off at the clinic. It will be at least three months before we can schedule you. Ok, well I didn’t have a choice, I’d have to wait. Could I please get a photo copy of that consent form? I wasn’t taking any chances that it would get lost in the shuffle.